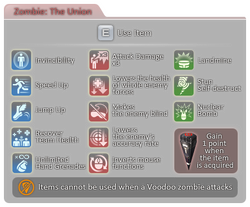 Zombie Union was a zombie mode in Counter-Strike Online.

Zombie Union featured a different gameplay in comparison with previous zombie modes. There is no infection spreading, instead, zombies now can choose to cooperate with either Counter-Terrorist or Terrorist team. It can be set to either Team Deathmatch or Original (Annihilation) sub-mode. It follows the main settings of those sub-modes: each team have to reach a certain amount of points or rounds, depending on the selected scenario to play in, with the addition of new items, skills and special rules.

The player is free to choose between playing as a human or zombie.

There are 15 items available for this mode. The items can be used after the player got it from supply box.

There are 25 compatible maps: 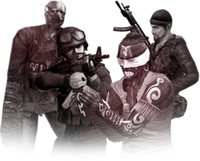 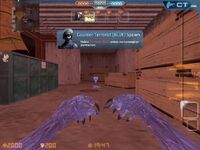 In-game screenshot of being a zombie 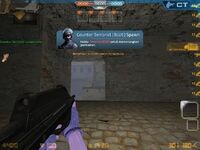 Ditto, being a human 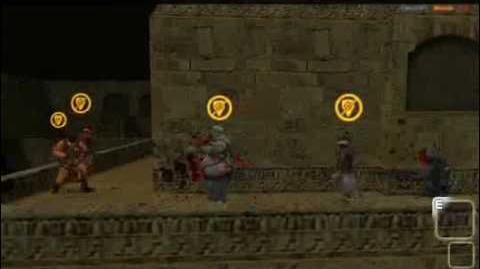 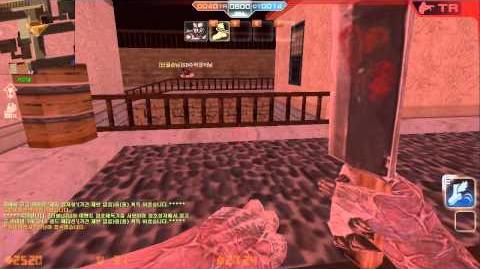