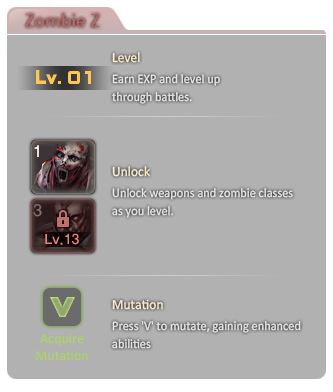 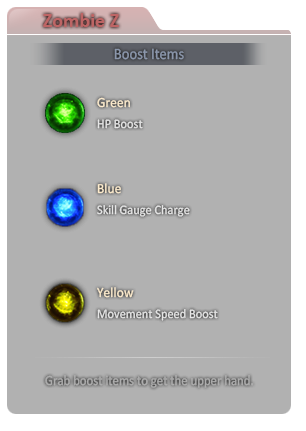 Zombie Z is a game mode in Counter-Strike Online.

Every round evolving zombie and human ability! Get a virus score through battle, consume your score and make a variation. Every time you make a mutation, you gain random power and become more powerful.

Copetitive Rule is a new system introduced in December 2021 update in South Korea for Zombie Hero and Zombie Z modes that introduce a new set of rules for competitive matches.

If it is set as a competitive match, all existing room settings are ignored and the game settings are changed to the set settings, and you cannot change the settings arbitrarily.

For more detailed information about the competitive rules, you can check them by clicking the 'Competitive match rules guide' button in the preview above and in the waiting room.

All weapons have a cost according to their grade, and the total cost of 4 weapons can be used only for the main weapon/sub weapon/melee weapon/throw weapon and less than 25.

As of July 2021, Zombie Z has been updated with new features. 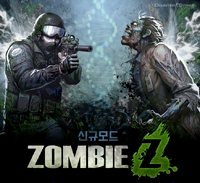 Use dollars to buy weapons, ammo and equipment 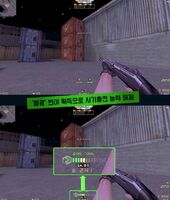 If you have a mutation point available, press the [V] key to get a random mutation power ('Enthusiasm' in the screenshot) 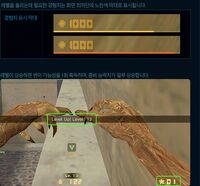 Various powers and abilities can be obtained by leveling up and spending mutation points
Community content is available under CC-BY-SA unless otherwise noted.
Advertisement